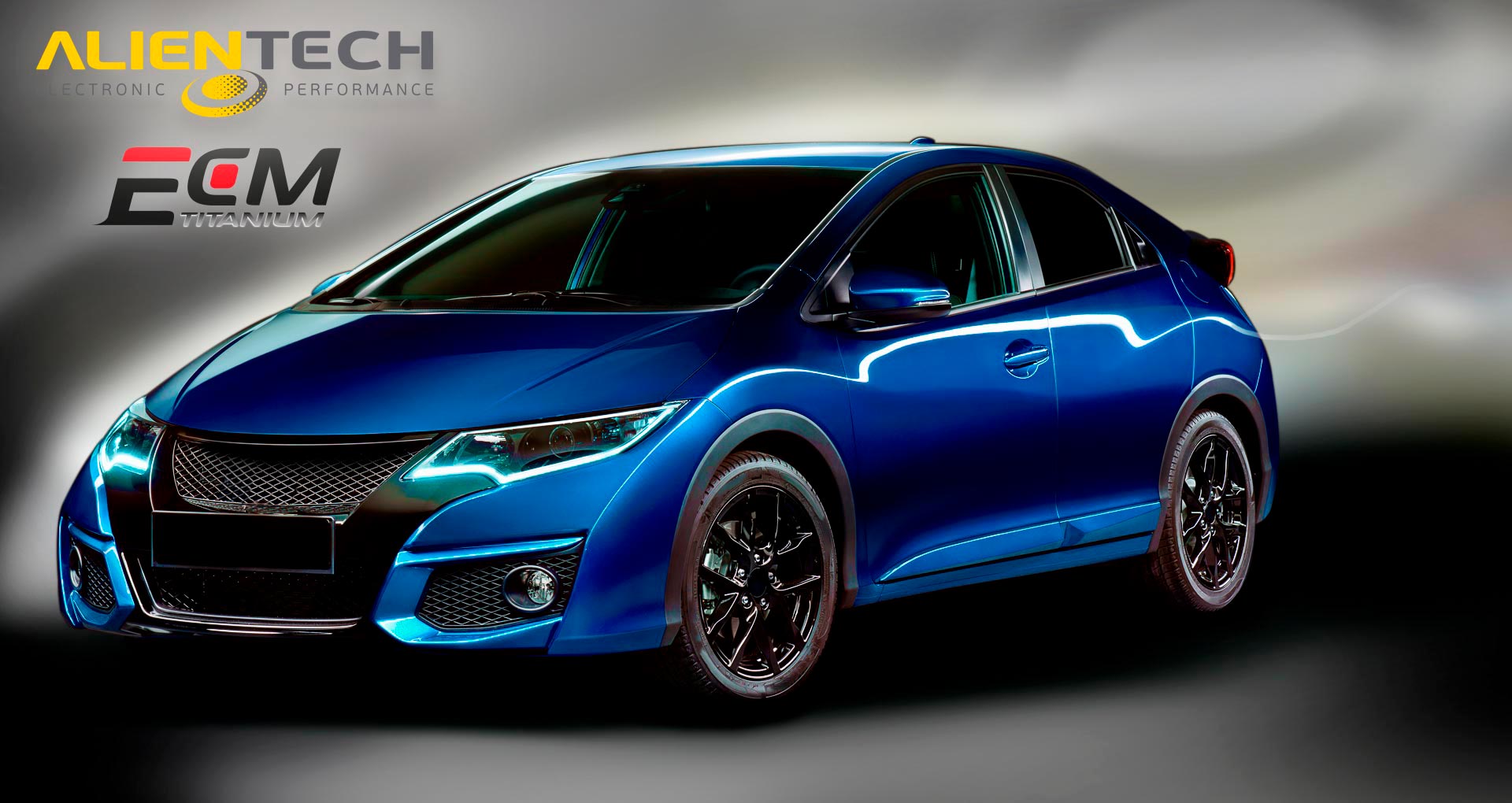 The Civic’s adventure starts in the Seventies. The car is launched in July 1972, and is immediately successful with both reviewers and the public, leading it to be awarded the “Car of the Year Japan Award” (1972-74) for three years in a row. Its success is decreed by its breaking away from the traditional constructive dicta of the Land of the Rising Sun, with front engine and rear-wheel drive. Remarkably, the engine is mounted crosswise, entirely made in aluminium with the exception of the sleeves of the 4 cylinders. 1169 cc, 51 HP, it featured a manual gear lever with 4 gears (the 5th gear was introduced in 1974). It is replaced in 1979 by the second generation. Compared to the first series, the car looks boxier, it is larger and the passenger compartment is better designed. The third series is introduced just four years later. Among the engineering innovations, the debut of the DOHC unit (Double Over Head Camshaft).

With the usual four-year frequency, the Civic IV is launched on the market in 1987. The biggest novelty is the introduction of a 160HP 1.6 with V-TEC (Variable Valve Timing and Lift Electronic Control). The stylistic evolution that began with the third series continues with the fifth generation in 1992. The lines are now more rounded, without any sharp edges and with a sportier character.
With the sixth generation, introduced in 1996, the Civic further specialises. The first 2-litre diesel is introduced, in the 86 and 105 HP versions.  The new millennium sees the sixth Civic generation hitting the roads, marking the introduction of an important technical innovation, the IMA system (Integrated Motor Assist) which drives the 2003 Hybrid. In Europe, the engine range consists of the 1.7 CTDi 100HP diesel unit and three petrol ones, the 90HP 1.4, the 110HP 1.6 VTEC and the 200HP 2.0 restricted to the Type-R.

The VIII (2006) and IX (2011) generations are recent history and are especially renown due to Toshiyuki Okumoto’s stylistic revolution. The engines become more efficient, especially in the current European range, which marks the return of the Tourer estate car, consisting of the 100HP i-VTEC 1.4 and 142HP 1.8 petrol versions and 120HP i-DTEC 1.6 and 150HP 2.2 diesel ones.

The new 1.6 i-DTEC is balanced with a latest generation thermostat that allows the unit to operate at higher temperatures than those developed by the 2.2 i-DTEC. This makes it possible to decrease oil viscosity (0-15W) thereby decreasing the engine’s internal friction. Furthermore, a special alternator exclusively generates the energy needed at a given time and produces no excess energy, as is the case in conventional alternators.

This takes less power away from the engine and consequently also reduces fuel consumption. Other modifications concerned the mechanics of the engine, specifically the new low pressure EGR system that collects the exhaust gas at the outlet of the catalytic converter unit and results in a reduction of pumping loss. A new, very compact turbocharger was also introduced, which results in the containment of weights but also enhances the engine’s response, which is quicker. The flow of air inside the intake manifold has also been improved to make combustion more efficient, all to the advantage of power and reduction in consumption.

To make the engine more efficient, it has been opted for exploiting high efficiency combustion that uses multi-port, common-rail, small diameter injectors, able to develop a pressure of 1,800 bar. Compared to the 2.2 engine, the new 1.6 i-DTEC uses pistons with a 51% smaller sleeve area which, in addition to reducing friction by 40%, has made it possible to reduce weight by 43% compared to a conventional solution. Moreover, to limit deformation as much as possible, cams and cylinders are entirely enveloped in a water sleeve that is able to flow to the head more efficiently. The innovative 120HP 1.6 i-DTEC is the first engine in the new Honda Earth Dreams engine range, promising especially low consumption and emissions.

How do you read the control unit and where is it located?

You will find all the explanations in the photos below.

To remove it from its housing, proceed as follows:

- loosen the bracket that supports the brake oil pan and take down the engine air filter box.

By using the K-TAG instrument and the most common Tricore activation, family 731, plugin 731 we are able to perform the ECU’s Backup and to completely manage the engine’s settings.

EEprom: Inside the microprocessor

The ECU can be read in two ways:

- with positioning frame and SMD grabber;
- directly with SMD grabber

The other alternative is to perform direct connection with SMD grabber

The driver consists of 48 maps, divided into the following categories:

With regards to calibration of the control unit, ECM Titanium highly simplifies operations.

In detail, the following are featured:

After several tests, the following maps of the driver need to be touched to achieve “Stage 1”

More information on the maps.
Amount of injected fuel.

Based on the engine’s RPM and torque (Nm), it establishes how many mm3/Hub of diesel fuel need to be injected:

It establishes the duration of the injection according to rail pressure and amount of injected fuel:

Maps that adjust rail pressure according to engine RPM and amount of injected fuel.
They reach 1800bar maximum

This map limits rail pressure, reaches 1800 bar and operates according to RPM and fuel temperature

The maximum absolute pressure that may be achieved with the original file is 2500 hPa (2.5bar approx.).
As in a high number of Bosch ECUs, turbo pressure depends on engine RPM and amount of injected fuel

In addition, one of the turbo limiters reaches 2750 hPa (2.7 bar approx.) always according to engine RPM and atmospheric pressure (hPA APS).